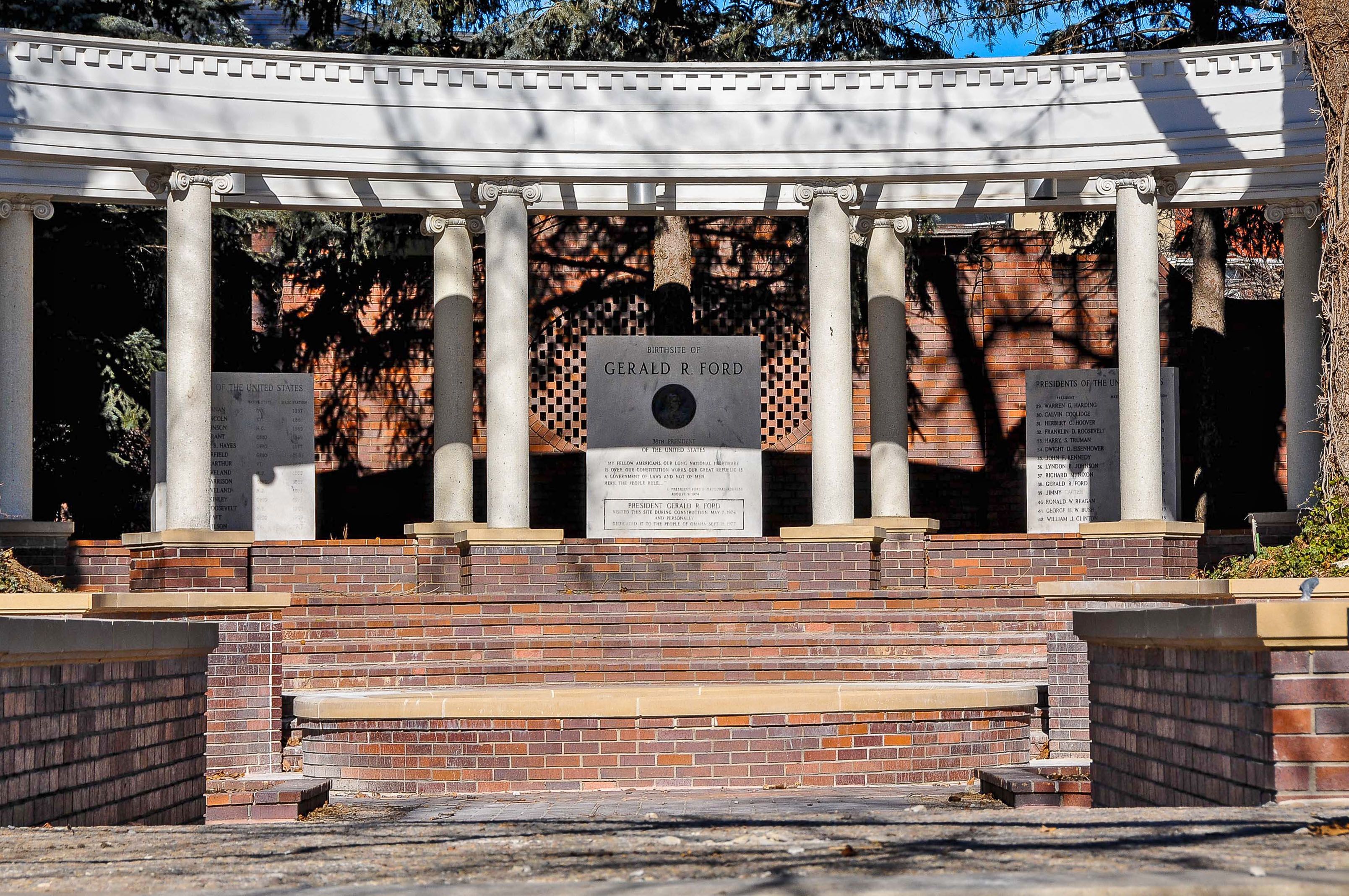 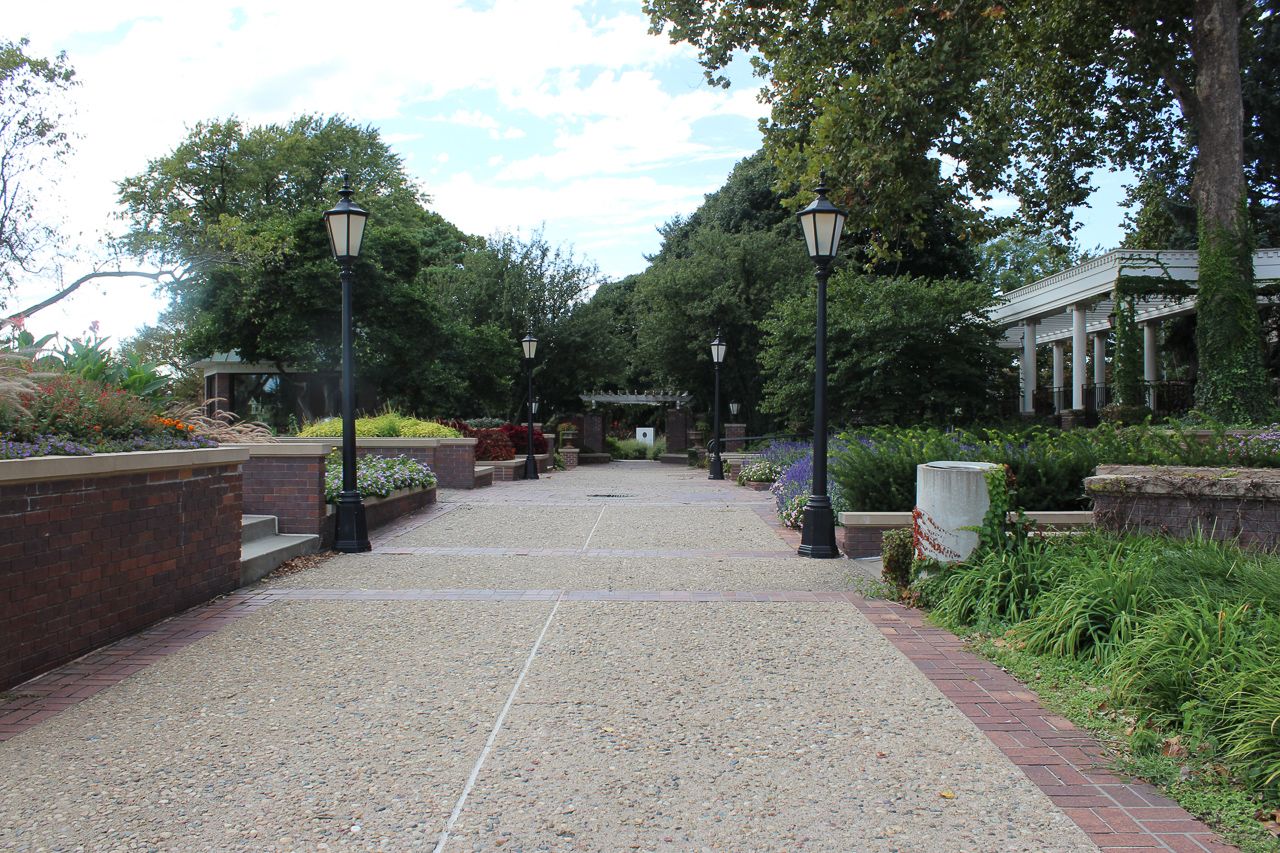 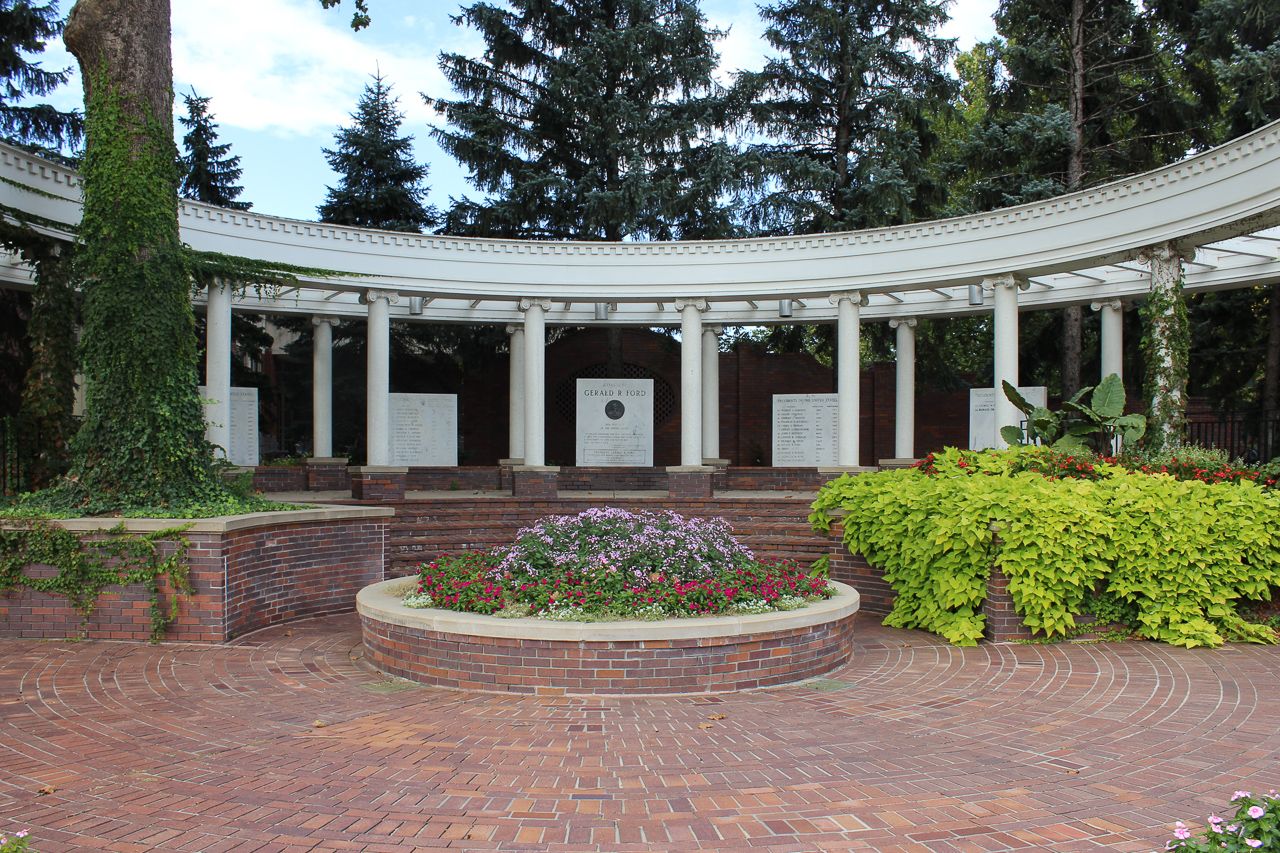 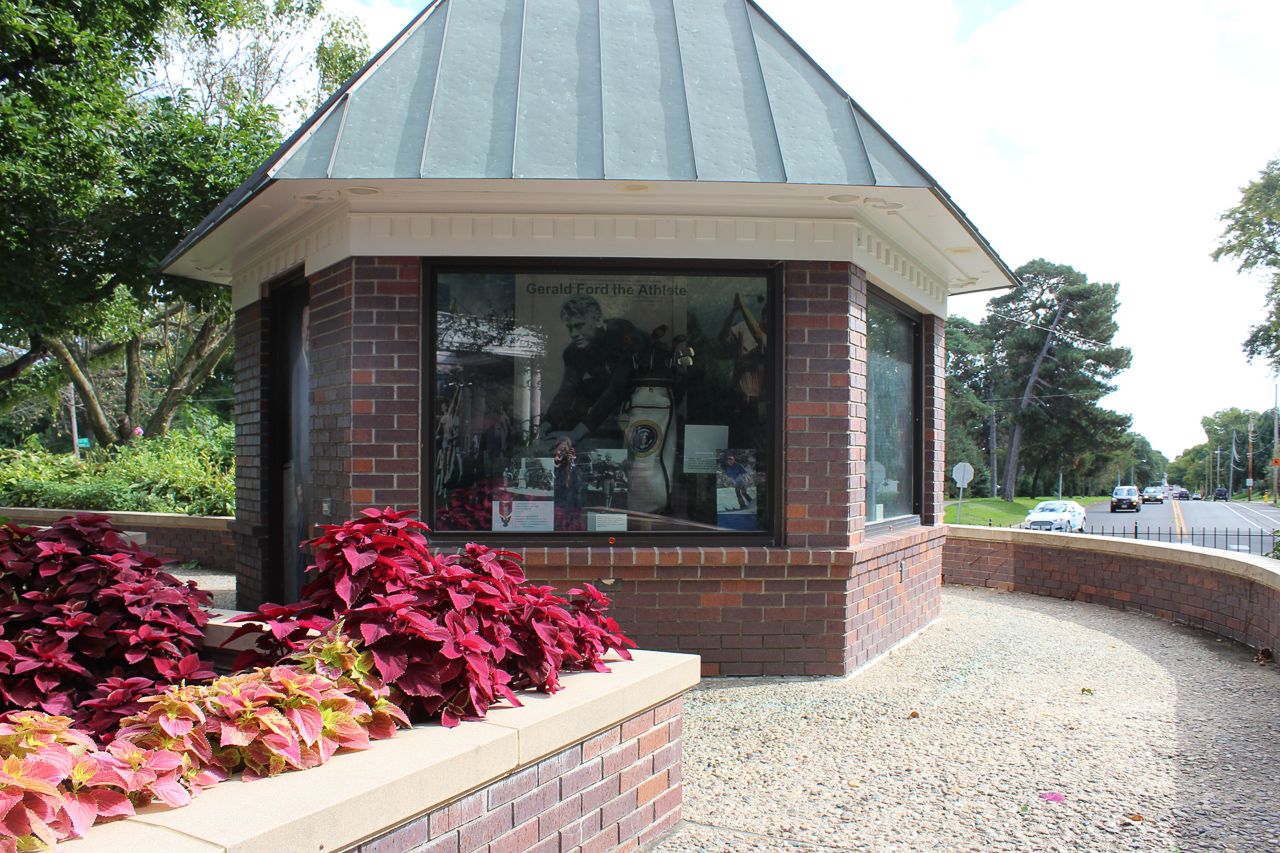 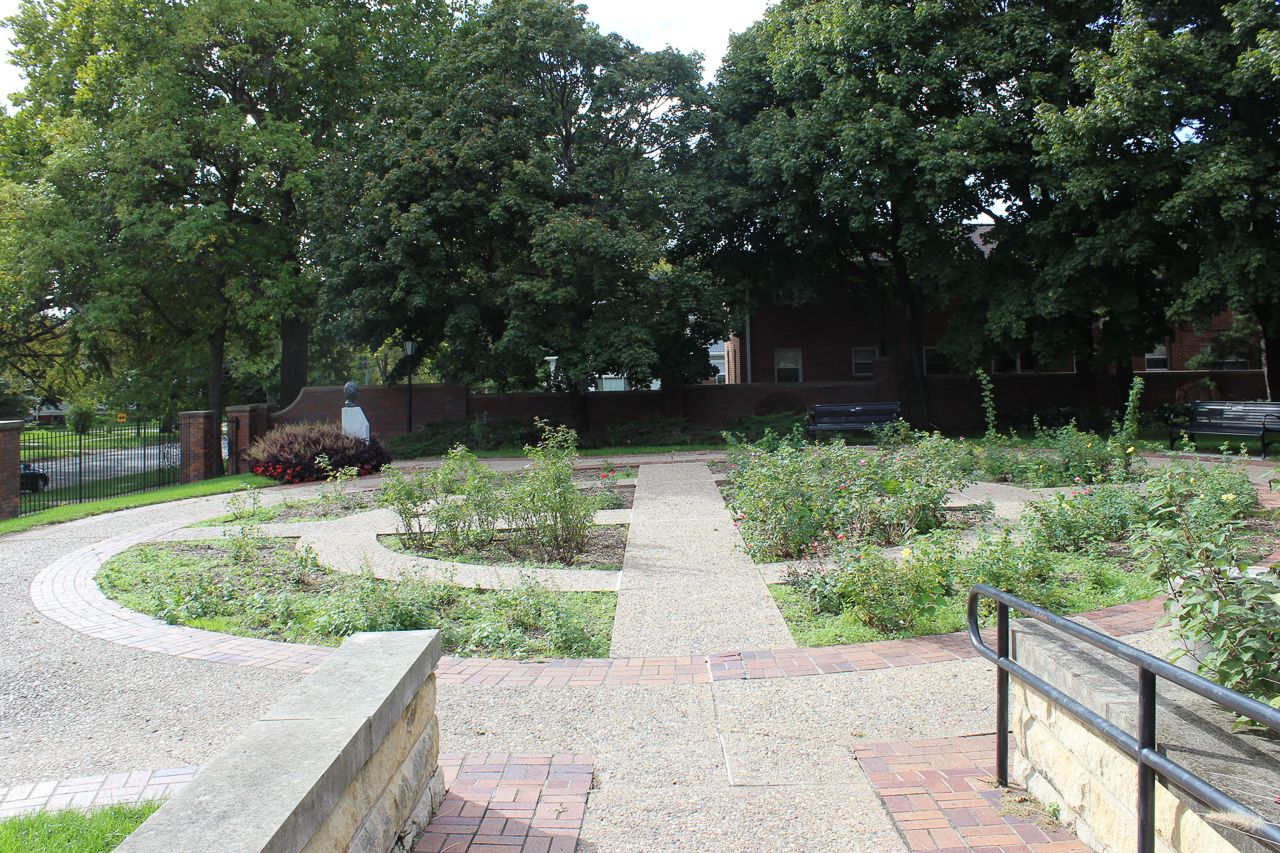 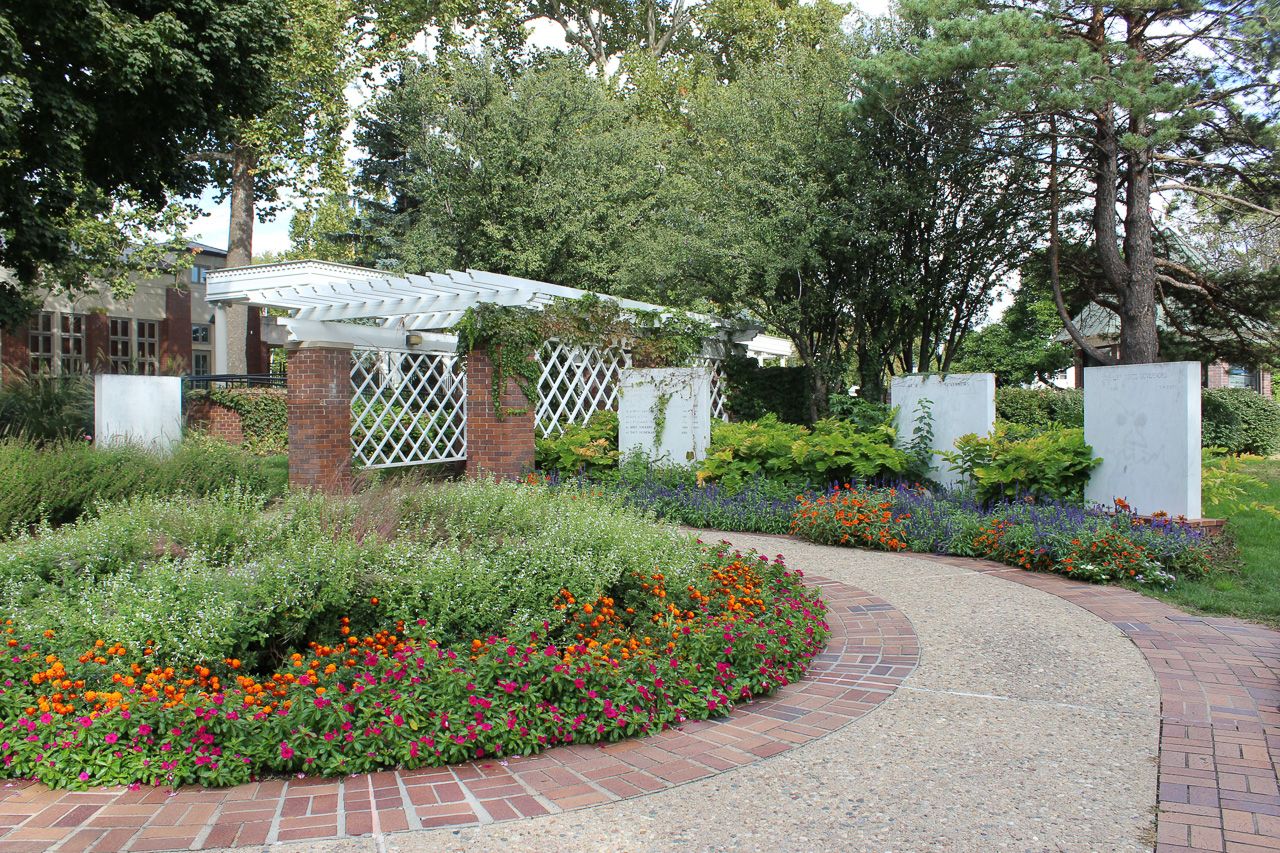 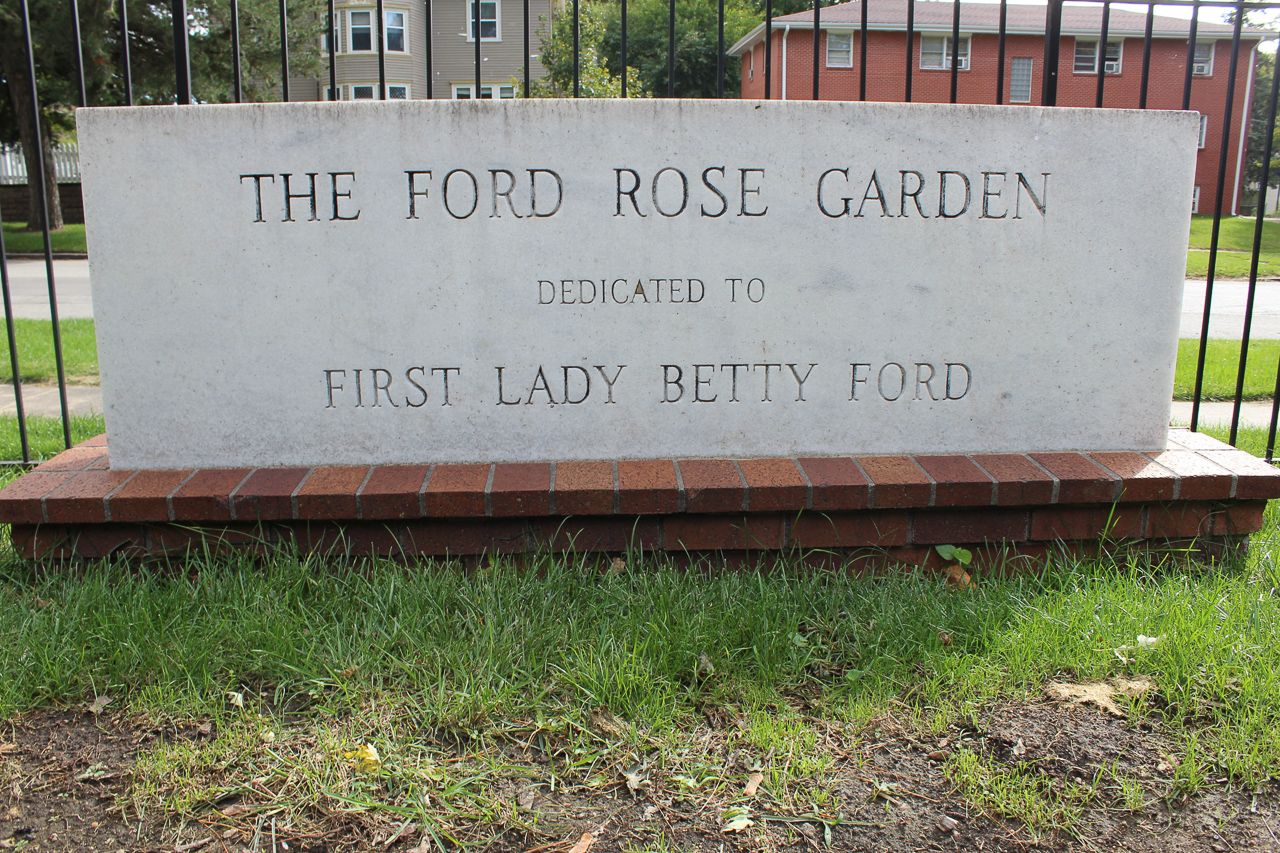 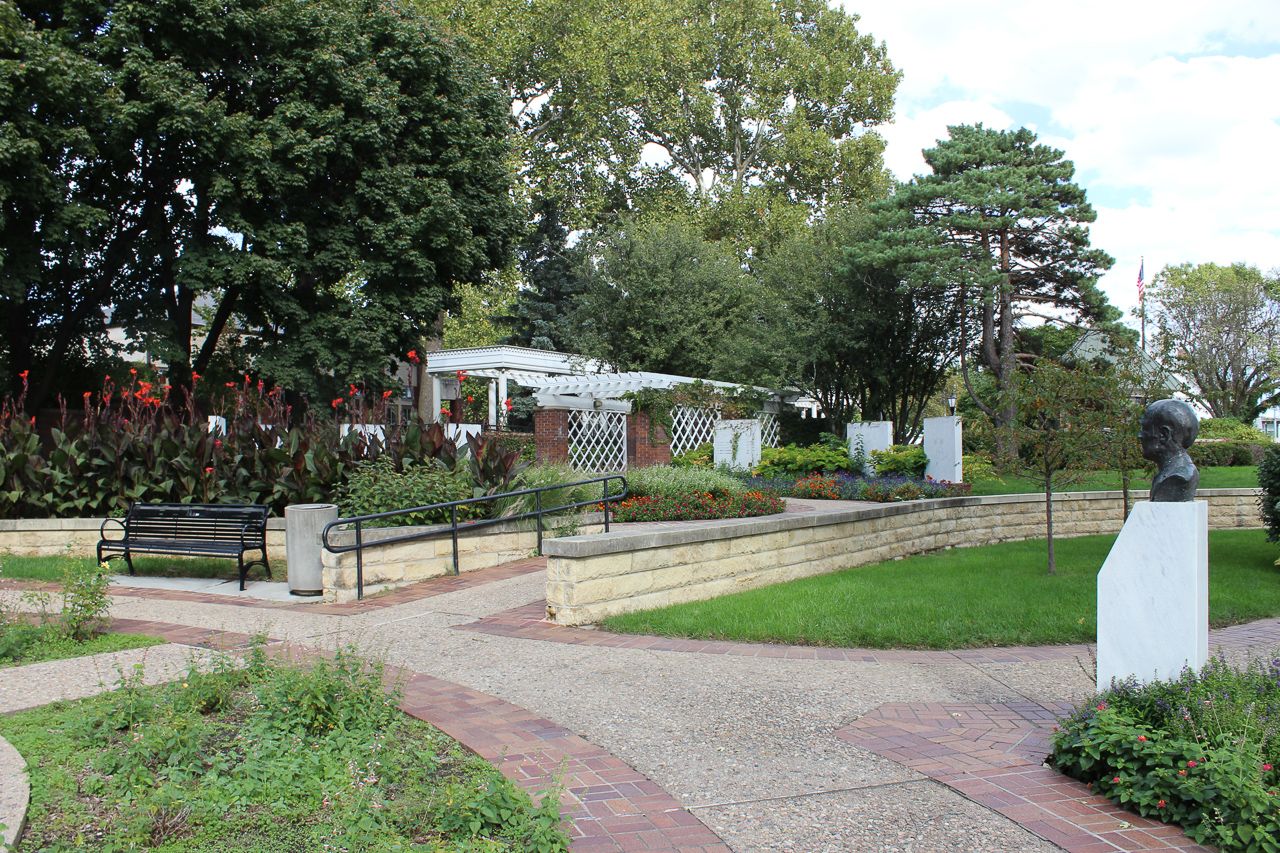 An area abutting Hanscom Park is now known as the Gerald R. Ford Birthsite.  The name reflects this lovely memorial and garden which honor the former president, who was born and lived for a short time in the home of his paternal grandparents at this location.  A fire destroyed the three story Victorian mansion in 1971, and in 1974 the lot at 3202 Woolworth was purchased by businessman James M. Paxson whose intent was to construct a monument honoring the president.

Dedicated in 1977, the Birthsite itself features a pagoda and portico built to incorporate architectural features from the former home and the White House.  Inside of the structures are panels and a kiosk which contain information which depicts  President Ford’s life and presidency.  Flowers and beautiful plantings have always surrounded the structures, and an adjoining rose garden was dedicated in 1980 to honor Betty Ford.  The Birthsite has become a popular site for weddings and other ceremonies.

In 1995, the Nebraska State Historical Society dedicated the Gerald  R. Ford Conservation Center which is situated on a site next to the Birthsite and Garden.  It is a state of the art laboratory and storage site for artifacts of all types, staffed by professionals who record, value, and conserve artifacts and relics.  It has a small Ford exhibition and a library used by conservationists all over the area.

Today the area is economically diverse and popular with home owners of different demographics.   Many homes in the area are well-maintained Victorians built for Omaha’s elite in the early 1900’s with prices ranging from $150,000 up to $300,000 depending upon size and maintenance.  Conversions, traditional apartments, and other smaller homes in various state of repair are available for sale and lease at lower price points.  The area has a very active Home Owner’s  Association , is served by the Omaha Public School system and several parochial schools, is close to churches of many denominations, and to downtown entertainment and cultural venues,  as well as the popular Midtown Crossing.